Yellow Box Computing has worked on hundreds of projects with sports turf consultants and construction companies since introducing the use ofcomputerised CAD surveying and designs to the Australia Sports Turf Industry in the mid-1990s.

Below is just a small sample of the sports turf projects that have used the CAD surveying and design expertise of Yellow Box Computing.

Do you need accurate CAD modelling for your next major sports turf project? Make an appointment today to talk to Yellow Box Computing via Contact Us,email or phone 0439 338 034. 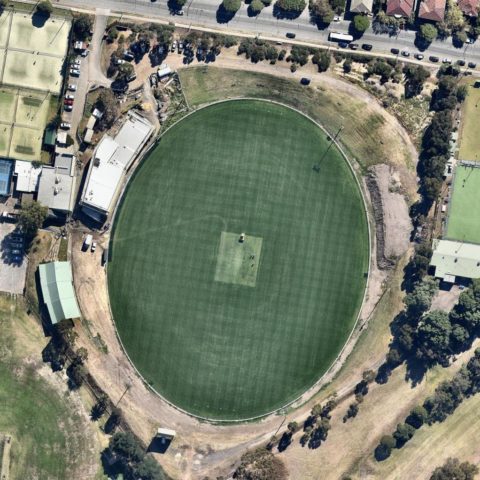 Yellow Box Computing recently completed a CAD survey and design, as well as a CAD irrigation design for the Elsternwick Park Oval.  This project was in partnership with the Victorian Government, the Victorian Amateur Football Association, AFL and Old Melburnians Football Club. The project consisted of the construction of a new pavilion and reconstruction of... 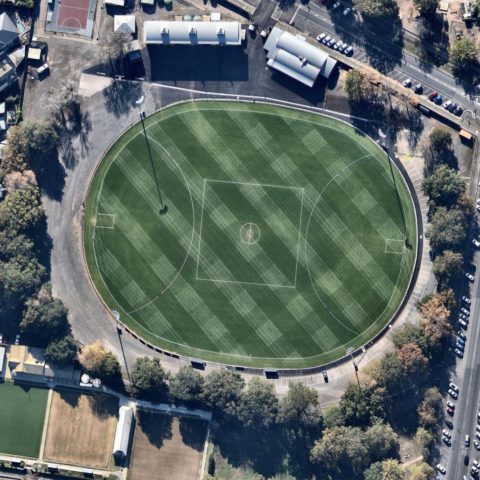 Yellow Box Computing recently completed a CAD design for the Ballarat City Oval with the goal of having an oval that could retain an optimal playing surface during all weather conditions. The original oval couldn’t stand up to the Ballarat winters with the cold and wet conditions there making it hard to have a suitably...

Eureka Stadium in North Ballarat was nominated as the site for a regional AFL football ground, to be ready for play in the 2017 season. Our parameters of the oval was to duplicate the size of the Docklands stadium with a capacity of approximately 11,000 spectators. With a project team consisting of consultants, City of... Docklands was built in the year 2000. The construction project was quite complex with the addition of a retractable roof. The playing surface had to be constructed while many other trades where using and disturbing the site. With the added base of the playing surface being the concrete roof of the underground car park. A... 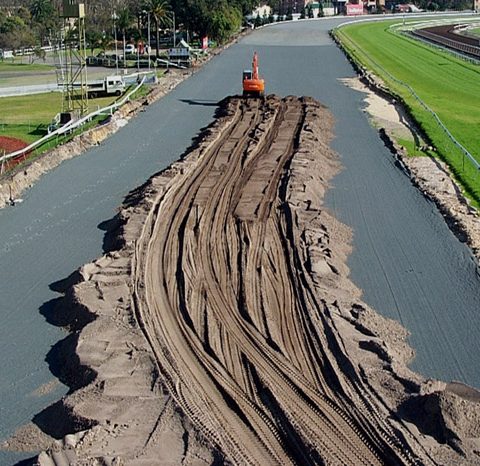 Royal Randwick racetrack was re-constructed in the year 2001. The construction project encompassed the entire main track of approx. 2.7km (includes chutes) with a width of 30m. The project being so large the track was broken up into a series of sections to be completed and then moving to the next. The existing track had...